The association APSOLUTNO was founded in 1993 in Novi Sad, Yugoslavia. The production of the association is created through collaboration of its four members ( Zoran Pantelic, Dragan Rakic, Bojana Petric (and Dragan Miletic from 1995 till 2001). Since 1995 the works have been signed APSOLUTNO, without any reference to personal names.

The production of APSOLUTNO started in the field of fine arts. Gradually, it has developed to include not only aesthetic, but also cultural, social and political aspects. The work of APSOLUTNO is based on an interdisciplinary research into reality, with the aim to make it open to new readings.

The choice of medium is a very important part of the creative process, as APSOLUTNO regards the medium as an equally relevant element of the work. APSOLUTNO is a collective of three members, dealing with interdisciplinary art work and media pluralism.

APSOLUTNO made a subjective inventory of events, ideas and influences that marked the last five years of the century and millennium. By exploring the 'absolutely now and absolutely here' APSOLUTNO aimed to pose questions, create metaphors and point to absurd situations and paradoxes brought by the time we lived in.

Video works and actions on view: 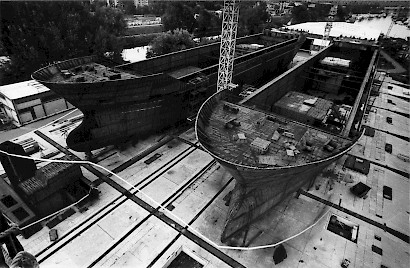