ANIMO by Ela Gašperov is a conceptual artwork of reduced manifestation, its reception being its main ontological feature. The central role in this exhibition is assigned to its visitors and depends on their attempts at interpreting the situation and its complementary elements – sound and object.

Created as an art project, an exhibition model determined by a specific narrative and increasingly recognised as a paradigm in the contemporary artistic production beyond the established boundaries of particular medium, ANIMO has its source in a sort of “imaginary” laboratory – drawings, sketches, and thoughts of its author. Nevertheless, these have been excluded from the exhibition discourse as a result of the artist's reductive intervention in order to redirect the focus to the perceptive and intellectual participation of the audience in this experience void of explanation or documentation of the preceding processes.

As mentioned at the end of the first paragraph, ANIMO consists of two equally important segments. The first is a sound installation designed so as to simulate conversations between several computerized voices, in whose sentences quotations from famous thinkers and philosophers can be discerned. They periodically “break” and are filled with glitches, which may recall a gradual awakening of “consciousness” in the audio medium, indicated by ruptures in the linear flow of the audio recording and pointing to the intriguing and topical problem of artificial intelligence. It is in this sound medium, which alternately facilitates and obstructs the interpretation of the artwork, that the exhibit artefact is immersed. The base it is standing on has a cryptic text engraved on a plate, which may indicate the existence of an undefined link between the inscription, the artefact, and the surrounding sound. The inscription is illegible, since the original information has been lost during translation into human language, and interpretation of the artwork is additionally obstructed by the fact that it is not quite clear where to look for the key to the whole situation: in the exhibition title or in individual installations? To what extent are the elements of this experience interconnected in the first place, and is there a single answer to what it may represent?

In the extended version of the exhibition foreword, the problem of interpreting this artwork has been brought into an analogy with the issue of the nature of art as such, which is permanently present among those who are involved in the creation or observation of art in any way. In this respect, one may say that one of the features of this exhibition is that it constantly provokes and reawakens critical thinking. Moreover, it is this critical thinking that takes on the role of the potentially crucial layer of the artwork, since it creates discrepant feelings in the exhibition visitors – between frustration caused by the impossibility of interpretation and their satisfaction with their own reading of ANIMO.

Ela Gašperov was born in 1992 in Split. She graduated from the School of Fine Arts in Split. In 2016 she garduated from the painting class of professor Dean Jokanović Toumin at the Art Academy in Split. She has participated in several group exhibitions and film festivals in Croatia and abroad. So far, she has pšresented her work at three independent multimedia exhibitions. 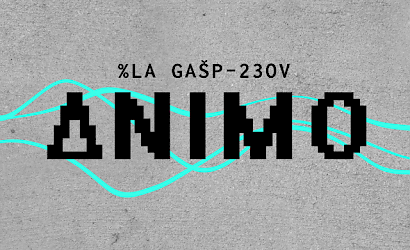 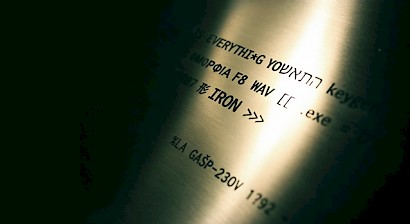