The life, death and resurrection of The Red Vertical is a desirable scenario for the realization of artist's vision and the ambition of forming a sculptural chain in the city’s famous public space. The Red Vertical has so far had two lives, the first when it was installed in Meštrović's Kaštilac in 2013 and the second one when installed in King Tomislav's street during the exhibition Univerzum Trebotić in 2015 - 2016. The shock artist experienced after deformation of the installation when it was hit by the service truck which completely disfigured it and thus annulled its historical and ethical symbolism, three years later formed the synopsis of a ritual happening during which public can acquire parts of vertical’s body. The pledge is for the resurrection, the final reincarnation of The Red Vertical on the promenade leading towards the Split's West Riva.

The Red Vertical (life - death - resurrection) happening is a part of the 65th Split Summer Festival program. Artist dedicates it to Marcel Duchamp. 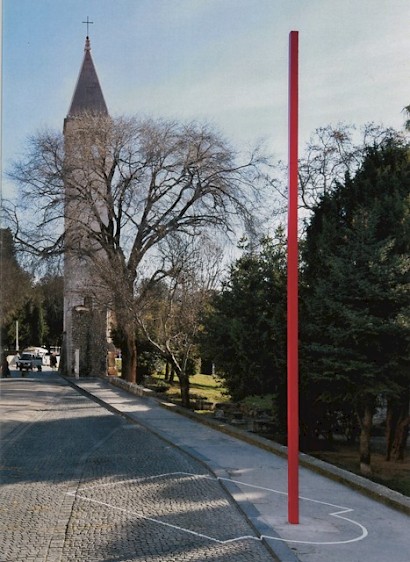 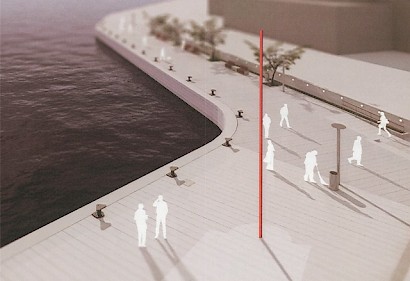